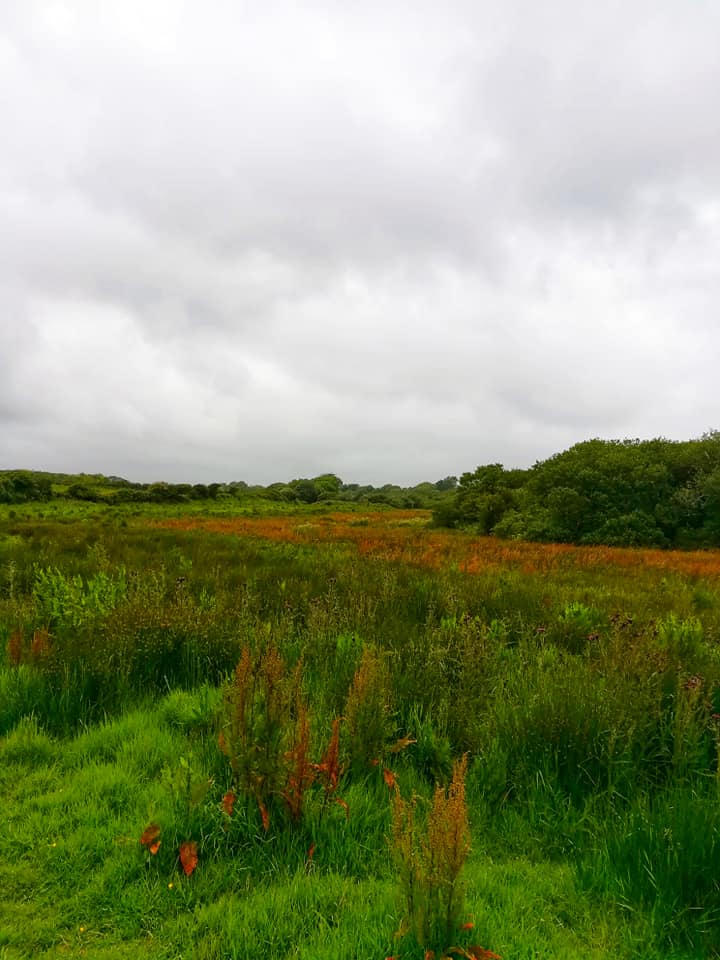 On Tuesday 11th June I met with James Parkin, ecologist working for the Penwith Landscape Partnership. Together we led a walk around Chyenhal Moor, a small hidden wild space just outside of Penzance.

‘a resilient living, working Penwith landscape where farming prospers while protecting natural resources, restoring habitat connectivity and enhancing the archaeological heritage; a landscape that is loved, enjoyed and supported by local communities and visitors’.

Legally Common Land it is unclear as to the ownership of Chyenhal Moor but it is officially designated as a SSSI site.

The official listing on Natural England describes it as:

‘Chyenhal Moor, situated in a poorly drained valley 3 km south west of Penzance, supports a diverse range of habitats including willow carr (the predominant vegetation type), heath, stream, pond, areas of Juncus vegetation and scrub. It is of particular interest as a locality of several rare plant species which are mainly associated with the wet heath areas’

James’s local knowledge provided invaluable insight and he kindly scoped the area for a suitable route for a 2 hour walk with myself and members of the public.

This event was part of the Invisible Narratives, exhibition curated by Lubaina Himid, and expanded on the

In Conversation on 14th May in which we discussed how as humans can we:

‘understand a place as it is experienced by those who know it well: what do they reveal and what will they share’

The afternoon began with brief introductions and the reasoning behind the activity, James and I discussed the planned walk and I provided some context in terms of the exhibition and my reasons for walking as part of my practice. What I looked for in terms of recording landscapes and what I considered when making artwork about place. The day was distinctly damp and windy for June but as we ventured into the overgrown SSSI site we were rewarded with a rich palate of deep colours, textures and sounds; all interweaving to immerse us in the unmanaged beauty of this Cornish peninsula. James extensive knowledge as an ecologist led a wonderful dialogue, which drew on habitat, plant and bird song identification.

Unlike previous projects I had no previous knowledge of this site, research had given me some insights into the recorded history of the space and the recorded flora which led to its listing of SSSI however very little visual information or documentation appeared to exist after the mid 70’s when it was already listed as declining and without correct management.

I was interested to learn that the area of Chyenhal Moor is listed as part of a significant alignment linking sites of significance from the Neolithic period. St Michaels Mount links with a standing stone at Ennis Farm stretching across the peninsula to White Sand Bay. There are several theories on these sites but all suggest the connection of natural qualities – genius loci or place memory, to trace the things and people who have been there over time. http://www.ancientpenwith.org/magnitudes.html

I am often drawn to these liminal spaces, deemed of little value and subsequently left without human intervention they manage to maintain themselves. Finding new balances and ways to exist in an ever-changing landscape.

My interest in this space was primarily to explore the varied habitat documented within the relatively small 11 ha site. To engage the walking group in shared experiences and memories recalled from personal walking journeys. I had also hoped to demonstrate my scanning method for data collection however the forecast was just too poor to consider taking the equipment out for 2 hours.

Collectively the group observed habitat flora and wildlife, listened to birdsong and shared memories and folklore stories. Conversations, which began in a small wet heathland in Penwith connected memories from other parts of Cornwall to as far a field as Cumbria and Derbyshire. There was also a wider conversation about the politics of landscape and environmental impact of misunderstanding landscapes and how to properly manage them. Together we definitely discovered a forgotten space and revealed an Invisible Narrative of place.

I would like to thank Newyln Art Gallery for their support in programming this event and to James Parkin who very generously gave his time, knowledge and enthusiasm, without which the walk would not have been able to take place. 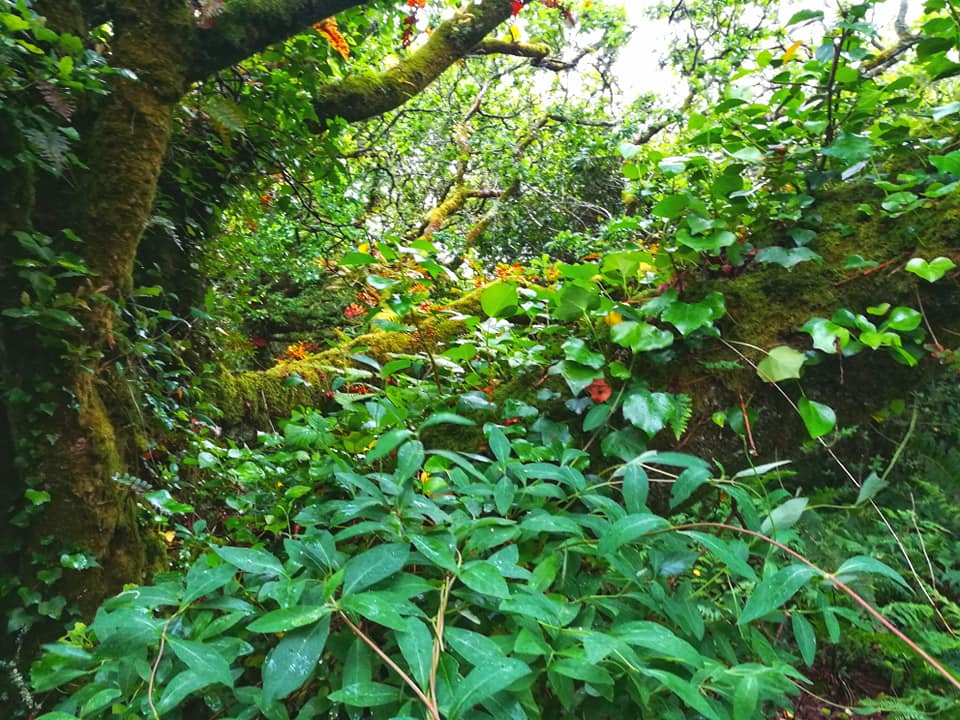 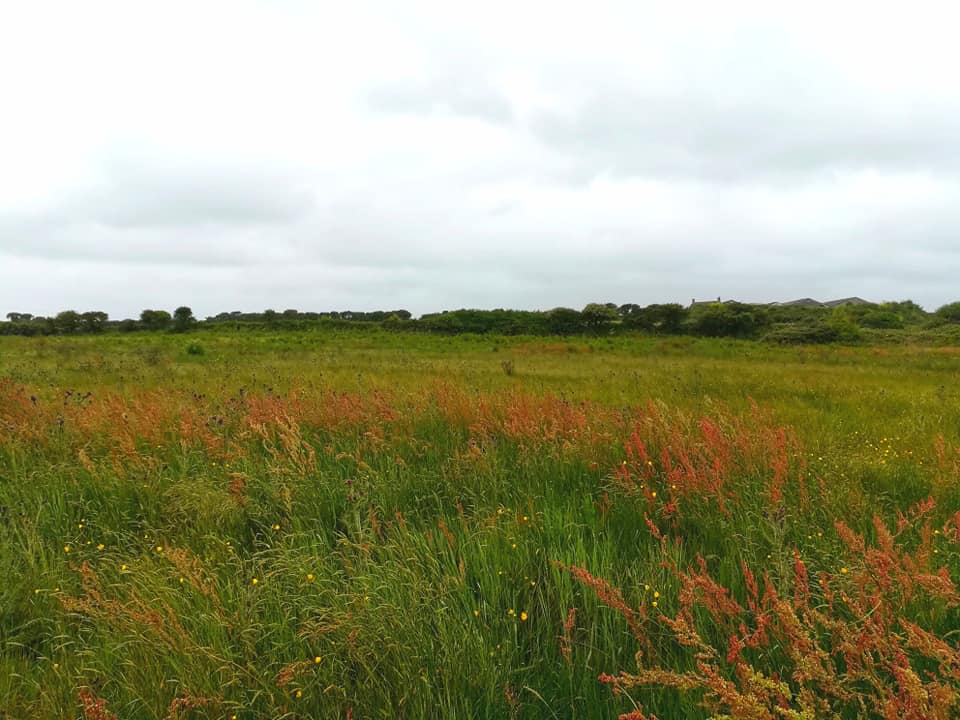 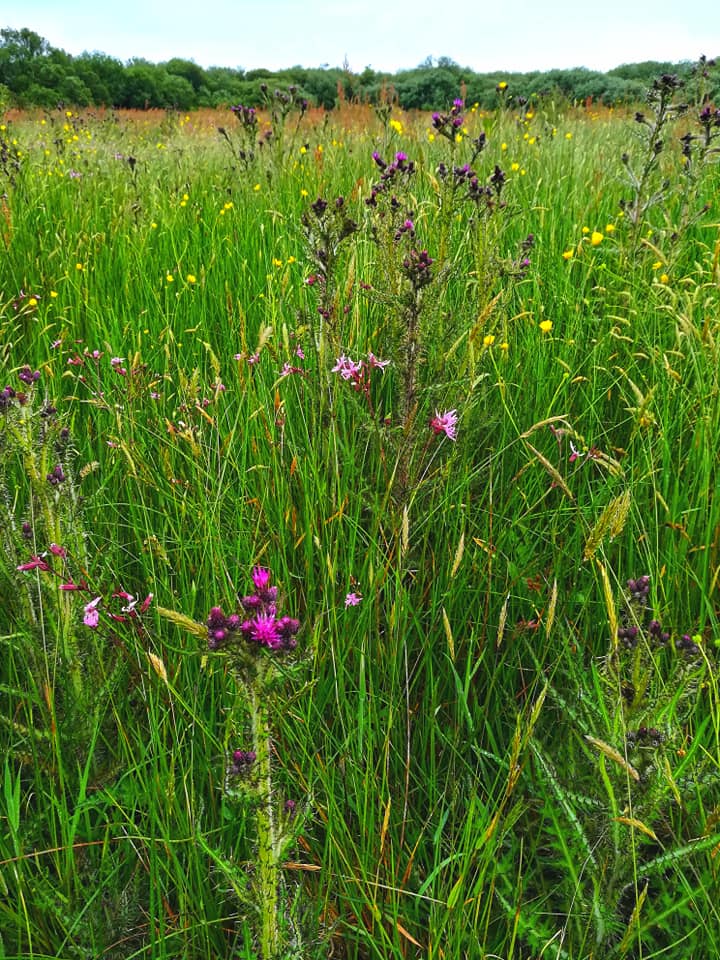 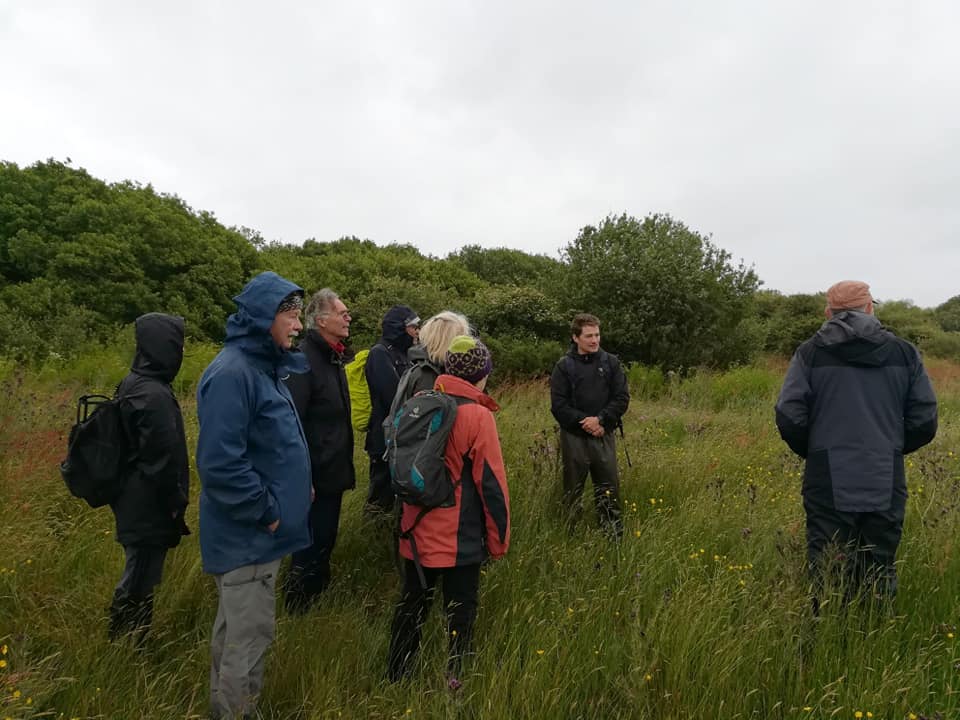 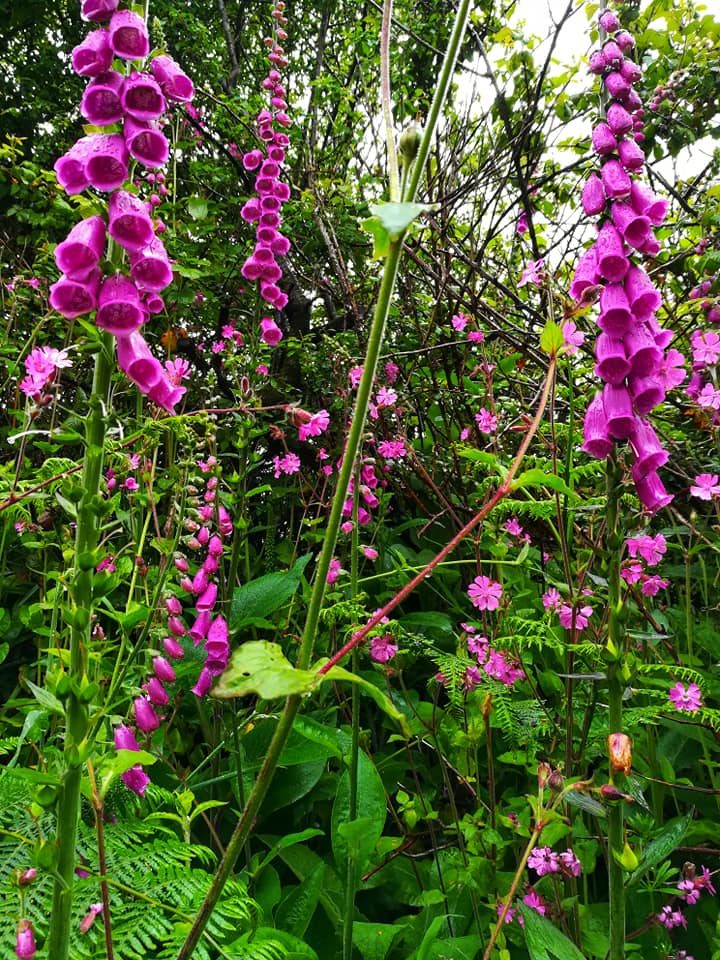 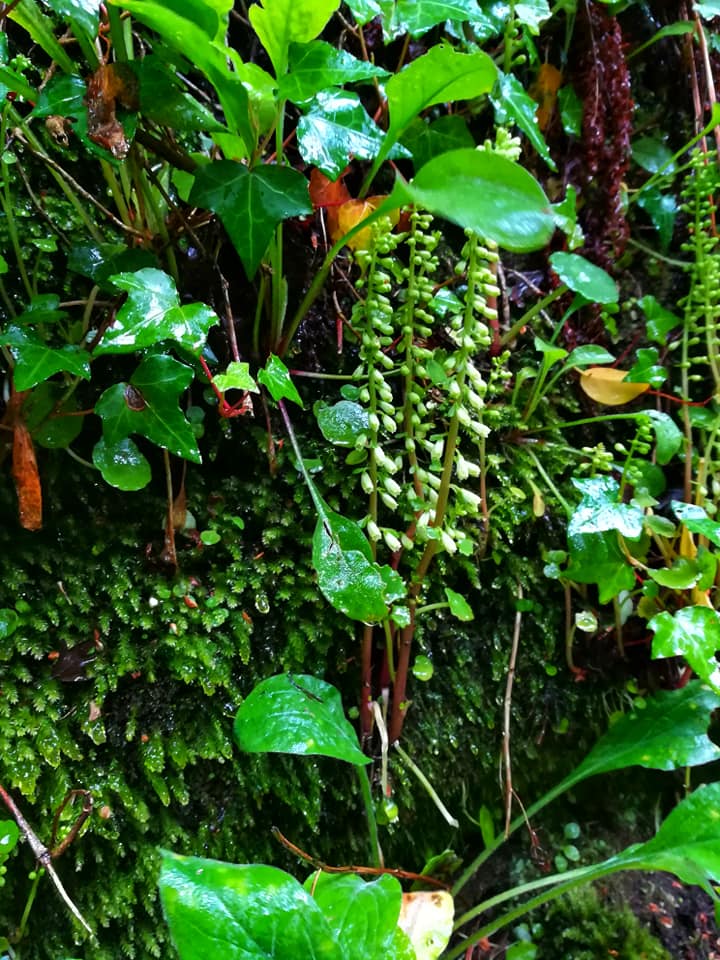